Vet: Symptoms of Laminitis You Should Look Out For

Horses are some of the most resilient creatures you can invest in, making them a great addition to your home or ranch. Nevertheless, if your horse is being over exerted or is becoming overweight, it becomes susceptible to developing laminitis. Your horse's foot comprises an outer horny layer and an inner soft layer. This inner layer is known as the laminate, and it becomes affected if blood flow has been restricted to this area. Over time, the lamina starts to suffer from inflammation and consequent swelling of the soft tissue located inside the hoof. If not treated in time, your horse can suffer through a lot of pain and their hooves can become permanently damaged. It is best to be aware of the symptoms of this ailment and seek the services of a vet as soon as possible.

A throbbing pulse from the digital artery

Your horse's digital artery can be found in the lower limbs of the horse, particularly at the groove that runs between the suspensory ligament and flexor tendons. Typically, if you touch this artery, you will be able to detect a faint pulse as it pumps blood. However, when your horse has developed laminitis, this pulse will be much stronger and this is known as a bounding pulse.

It should be noted that a stronger than normal digital pulse could also be indicative of other types of foot pain. Nevertheless, it would be advisable to have a vet give your horse a checkup to determine the cause and treat it before it becomes aggravated.

Increased temperature in the hoof

When your horse has laminitis, you may find that it is not suffering from a fever but that its hooves have significantly become hotter. Some newbie horse owners may assume that this increased temperature is normal, especially since horses will spend their time outdoors. Granted horses hooves do have a tendency of becoming hot due to the influx of blood to their hooves. However, this increased temperature is gradually regulated by the horse's body, therefore, hot hooves should not be something that lasts for a significant period. 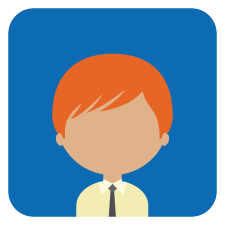 I've always loved tropical fish. Having a tank of beautiful fish is the next best thing to being able to go snorkeling all the time. It's lucky I like fish because with my allergies I wouldn't be able to have any kind of pet that sheds fur or dander. There is still a lot of work with fish, including keeping the tank fresh and clean and the water bubbler and temperature control working all the time. This blog is all about making a healthy and happy home for our finned pets. Before you know it you'll have a whole tank of them like I do.